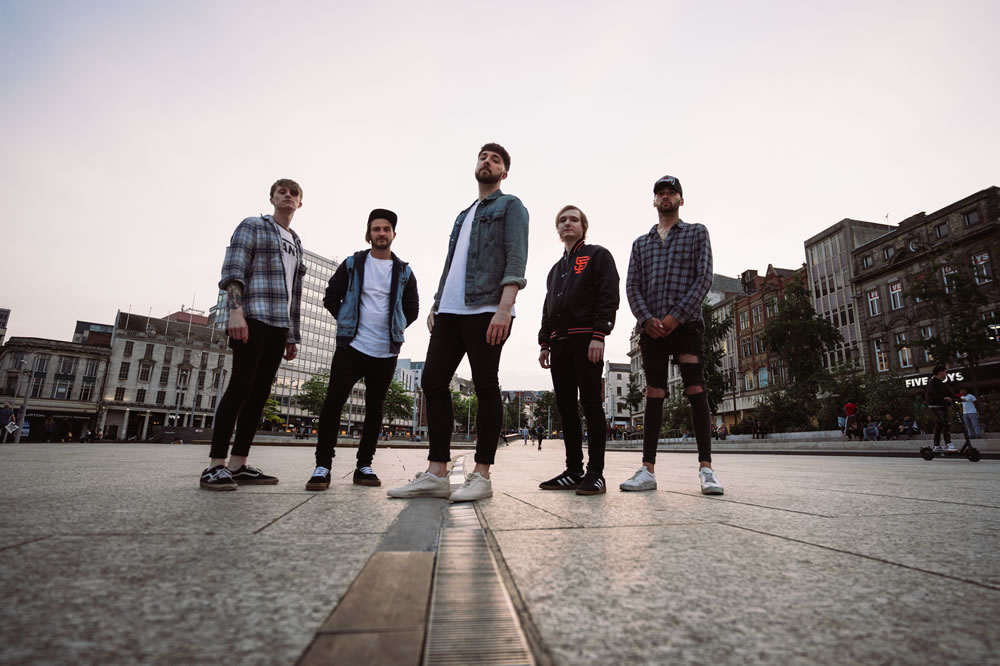 About Us
Biography
Carry The Crown are bringing their energy driven version of modern alt rock to the forefront of the music scene across the UK. Known for their thrilling stage performances, they bring their catchy and anthemic sounds and mix them with a stage show that the crowds love.

With an exciting commercial image, the boys both look and sound the part as a major band for the future. This, mixed with exposure from the BBC Introducing platform, has lead to the band being featured by Huw Stephens on his Radio 1 show.

After the success of their first EP they are back with a matured sound that perfectly brings together the melodic vocals of bands like You Me At Six and smashes them together with the bouncy guitar work of Don Broco.

The band are driven beyond belief and have achieved more in their first year than even they could have expected. After meeting in Lincoln one night and talking about their love of live music the idea for Carry The Crown was born. Since that date the fan base and support has exploded and fans are crying out for more of what CTC are creating.

Affiliations
Carry The Crown are proud to have connections and partnerships with these organisations.

We have been featured on BBC Radio 1 during the Huw Stephens Introducing show.

We have had great support from BBC Introducing Lincolnshire. They have played our tracks over several weeks and we have visited the studio twice for interviews that have been broadcast on this great show for emerging bands.

Scartissue clothing approached us for permission for them to use our track 'Faster' as backing music for a promotional video they produced for their urban clothing line.

We have close connections with Fight Factory Wrestling UK. They have used our video 'Faster' to promote their homecoming wrestling event in Lincoln where we were invited to attend as VIPs and even got involved with the action!

Carry The Crown have entered into a partnership with the awesome Hobo Jack clothing company.

Excited to announce our endorsement and affiliation with the awesome Lincoln based Refuse To Conform unisex clothing brand.

Carry The Crown are very pround to announce that we now endorce Laney Amplification who have continued to innovate and change the way people create music since 1967.